A DFM navigator for data warehouse to make easy communications and decision processes. 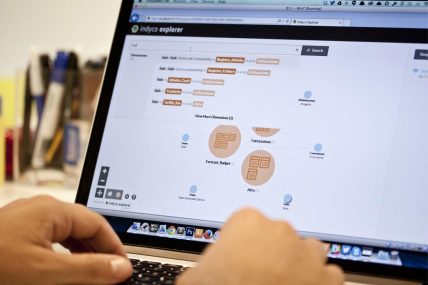 from idea to product

Federico Ravaldi, president and founder of Iconsulting, tells us how he had the idea in 2013.He was at a meeting with a customer in his office, and behind his back Ravaldi saw a DFM's poster of approximately 2x1 meter that Iconsulting realized for the customer. He thought that the reason could be esthetic or due to a personal passion for data visualization.

"Do you see this fact?" Asks the customer, showing a data table in the upper right."And, do you see this one?" Showing another below."Now I know that they are connected and that I can ask about these data to the Business Intelligence team. They are really important for my strategical analisys. Finally I got a global vision about our business model".Back to his office, Ravaldi, decides to explore the customer's suggestion and create a small team composed by Piergiorgio Grossi (vice president innovation and product owner), Manuel Spezzani (CTO), Gabriele Gattucci e Ciro Caiazzo (development team).Target: conceive a product that allows users to explore the Business Intelligence's informative system through the DFM and to hypothesize a roadmap to realize the MVP.

In ten lines, we talked about facts, data warehouse, business intelligence....Let's take a step back.Iconsulting is one of the biggest italian independent System Integrator, specialized on Data Warehouse Projects, Business Intelligence and Corporate Performance Management. Now, do you remember when Alice in Wonderland entered in the White Rabbit hole? Do you know what happened in Matrix when Neo choose the red pill?Well, for us, working with Iconsulting, has been like take a journey in an unknown and unexplored world populated by people who speak an incomprehensible language.That’s how we entered in the Data Warehouse's world, and we discovered how much expertise, diligence and planning they required; how many big data they produce and their strategical influence. We started to understand in how many ways these data are used from companies and organizations.In over ten years of consulting and projects, Iconsulting understood that access to the knowledge of these data is as crucial as having them structured and well integrated.

“Wording it differently: which is the meaning of an excellent data warehouse system integrated with a company's business intelligence, if just few technicians know its structure and know how access and consult it?”
We also found out that there is a longstanding academy literature on what is the most correct and efficient way to represent a complex and multilevelled data's structure, similar to a data warehouse. Iconsulting, who has been working with the University of Bologna, choose the Dimensional Fact Model by professors Stefano Rizzi and Matteo Golfarelli.

Since several months, Iconsulting's engineers planned the data warehouses basing on DFM's conceptual model and they noticed a very positive impact on the projects they where working on. Among many others, they have seen a huge improvement in the communication and understanding of a subject so technically specialized and so crucial. The Iconsulting's engineers spend this improvement when they use the DFM to explain to top management, business intelligence's team or controllers how they plan a customer's data warehouse. Customers also have benefits from the improvement, in fact they can better understand the data's graphic and also understand if some data have meaning when they are placed in relation to others and explain which data they need.

Indyco is born from here.

It is one of the question we made to Piergiorgio when he described us the project.Iconsulting is an established company in the international scene and about the integrator system they are considered the “good ones”. The answer we wanted to hear was the one that Piergiorgio gave us:

After years of services and advices, we wanted to test ourselves on a product. We want to understand how to do it, know how to make it sustainable, learn from experience, improve our knowledge....

Iconsulting, today, can afford to explore an idea, incubating it as a lean startup and dedicating to it with a specific team. We already have a potential pool of early adopters and we know that the problem exists. Whatever happens, it will be an experience that we will treasure and that will help to grow the Iconsulting's know-how; this is the reason that make Iconsulting so famous.

“We imagine it as a google maps of a DFM” summarized Piergiorgio.

“But when we try to draw it we don't know where to begin” says Manuel, engineer and developer.

Iconsulting has called us to attend the development team to the first milestone of the product, discovering together, iteration by iteration. The "DFM Navigator" is a project of lean ux design pretty much by the book, it must be understood and planned gradually, tested and often thought with each release.

Our role has been to propose solutions, of course. But above all, to bring out doubts and questions, introducing approaches and design elements that would help to find answers with the minimum effort. We set the first part of the project in order to obtain an open product able to collect feedback and learning, and we have done everything possible to avoid the presence or absence of features that could spoil user's responses, because in that case there would showed us their adaptation to user experience design, not their propensity to use and their interest in the product.

We listened to all ideas on the product, from the product owner and from the stakeholders; we put them in, identifying the priorities and an MVP, that we could deliver within the scheduled dates. Then we assumed a roadmap, setting at first 2 sessions of user interviews and tests, which corresponded to proto-personas identified during the kickoff meeting. Both were intended to validate the ideas, but the first session had to be done at the beginning of the project and a second one on the first demo of the product. The development team of Iconsulting organized the interviews and managed their lead time in order to get prepared for the second round.

During the first day of interviews people were all there: the dev team, the product owner, the professors and a team of early adopters already very interested and willing to use a product like the DFM Explorer. While interviewees told us about everyday problems and their habits, we were trying to find possible solutions. Referring to a few quick sketches we made during that first session, they told us what they would do if they could use a feature of that type. They did not know that they were suggesting us the user stories. Some of those was so obvious to them, as it was unexpected for the Iconsulting's team. For Iconsulting, the product had to do just a few things, but the interviewees, touching and pointing to the sketches, were telling that, in their real life, it was obvious that the product works as well as they were describing it; otherwise they would have been not interested in it.

It was fun to see dev team and professors shake themselves in their chairs and not be able to reply to their first potential customers. Could the development of the features that the interviewees were telling us take some months to be realized? We had a problem, not them.

At the end of this first day, for Iconsulting the doubt was this: the product is saleable if it has the features that the interviewees have described? Or, probably, interviewees are not the primary personas for which the product has been intended?

To keep the whole team together and focused on targets and insight acquired, to guide the choices based on the stories that we had heard from people, to choose the right tools in our toolbox and then adapt them, rather than applying them by the book. This is the heart of our approach and it is the value that distinguishes the way we do design.

For this project, after the first interviews we have written user stories considering our personas as their specific actors. We accompanied with summary schedules and journey maps resulted and we invited the whole team to print them out and stick them near their workplaces in order to remember every day that they were developing a product for them. 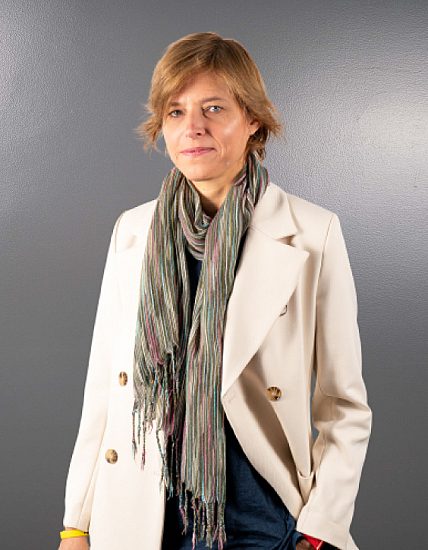 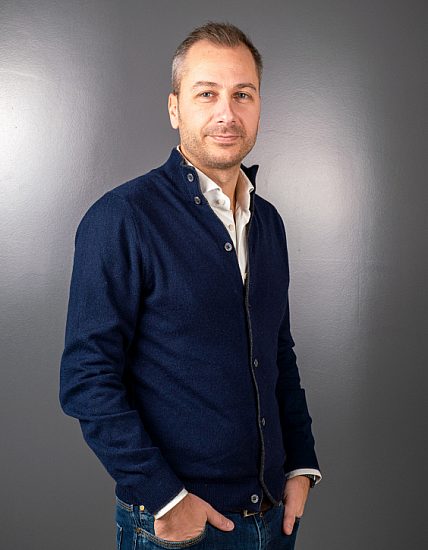 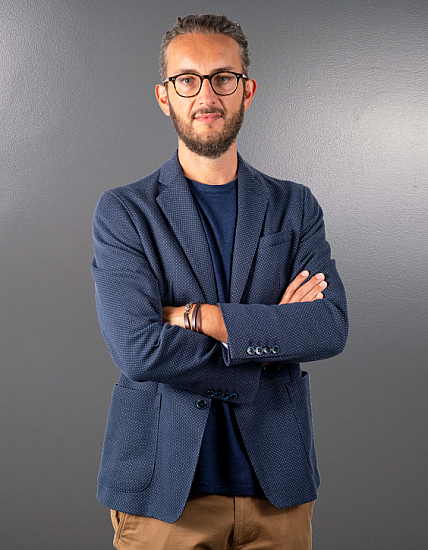 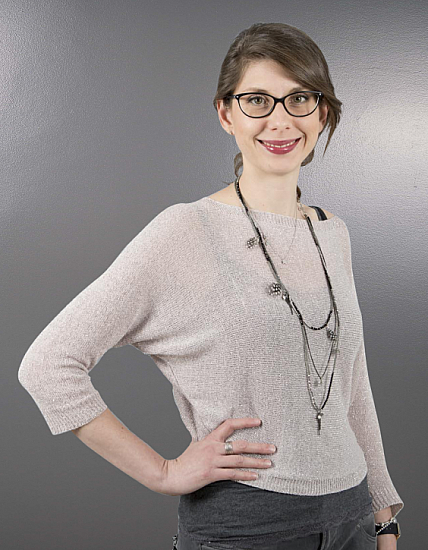 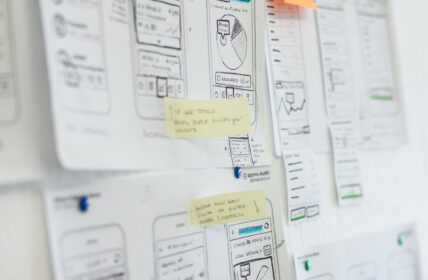